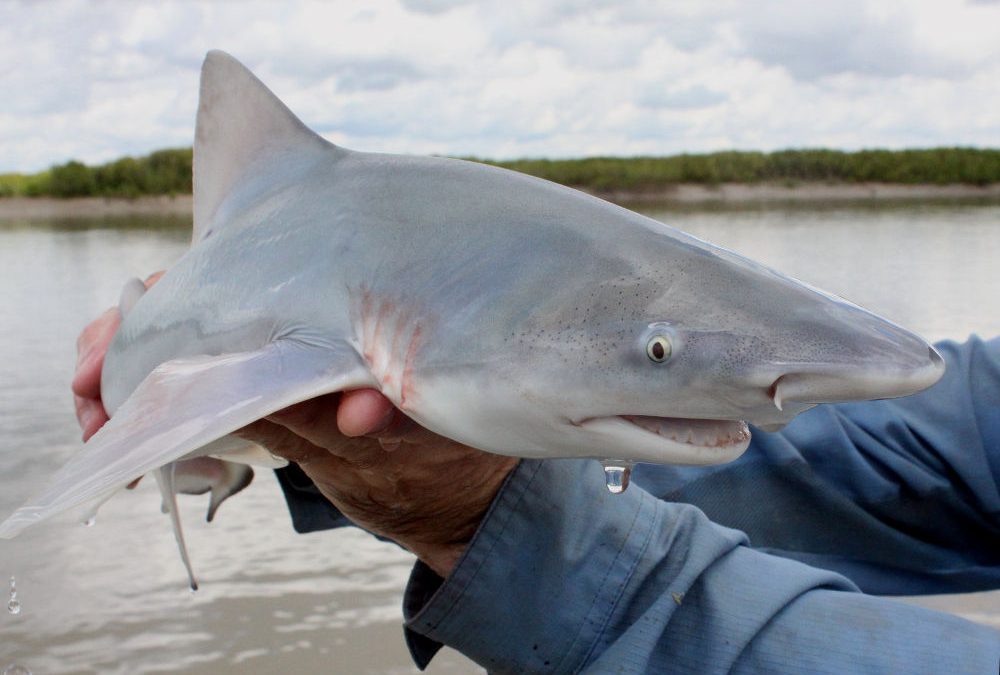 Advances in both theoretical and empirical population genetics have highlighted the importance of taking population structure into account when interpreting the variability of a species and inferring demographic parameters. Most, if not all, populations are indeed not isolated, but linked in a network of demes exchanging migrants to some extent. Unfortunately, most of the likelihood based methods available up to know to perform demographic reconstruction are based on simple models which either do not take structure into account or assume very simple structured models (often at the equilibrium) with few demes involved. These models may infer changes in effective population size through time (bottlenecks and/or expansions) in stable structured populations. This is particularly worrisome when working with endangered species for which conservation priorities need to be assessed. Here we reconstructed the demographic history of the endangered Norther river shark Glyphis garricki. We sampled 469 individuals from 5 populations covering its whole (known) range distribution and sequenced them following a newly developed next generation sequencing Rad-based protocol particularly powerful for non-model organisms. We showed that G. garricki colonized recently its habitat after the separation of Australia and Papua New Guinea ~10,000 years B.P. Being adapted to fresh water, the established populations along the rivers of the North Coast of Australia and the South Coast of Papua New Guinea have been rarely exchanging migrants, determining a high level of population differentiation. Demographic reconstruction based on approximate Bayesian computation coupled with coalescent theory showed that such high level of population structure generates a false signature of bottleneck in the sampled populations. We conclude that G. garricki is organized in 5 almost independent units of management but it is not experiencing a reduction of effective population size throughout its range.