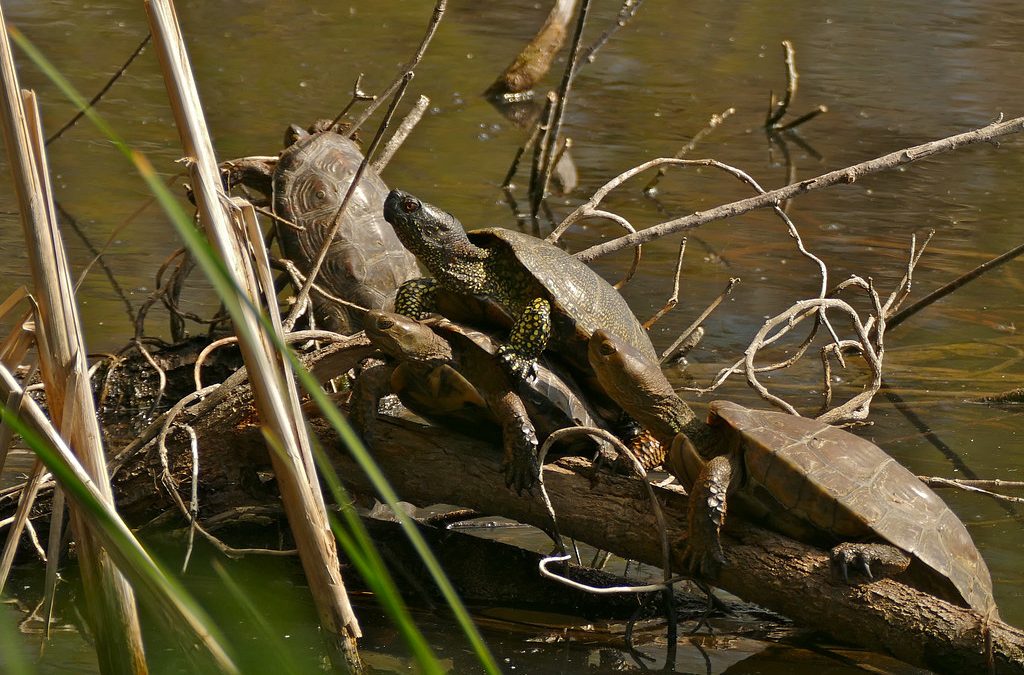 With less than 200 species reported, the Polystomatidae (Platyhelminthes – Monogenea) includes 26 genera that parasitize semi aquatic vertebrates, such as the Australian lungfish,amphibians, freshwater turtles and the common hippopotamus. Polystomes are globally distributed within frogs from which they are recovered mostly from the bladder and within terrapins where they can be found in the bladder, pharyngeal cavity or conjunctival sacs.Although they were regarded mostly as host and site specific, some species infectingfreshwater turtles were reported from more than a single host species in outdoor turtle enclosures suggesting they could be not as strictly host specific as hypothesized.  We conducted a parasitological survey across several populations of two indigenous turtle speciesin France and Spain in order to determine the polystome diversity. From a DNA barcoding procedure based on the haplotypic diversity of the COI gene, eight and ten polystome specieswere evidenced within M. leprosa and E. orbicularis, respectively, from captive animals inoutdoor turtle enclosures as well as from natural populations of both species. Because werevealed a greater polystome richness within indigenous turtles than expected, it was suggested numerous host switching in natural environments. Since most of these parasites were also identified within feral populations of the red-eared slider Trachemys scriptaelegans, which is nowadays considered among the world’s worst invasive alien species, weassume that this turtle  could serve as a carrier for a variety of not strictly host-specific parasites that may be transmitted to indigenous freshwater turtles in Southern Europe. If that hypothesis is correct, those parasites should be found within  T. s. elegans  in American freshwater ecosystems.