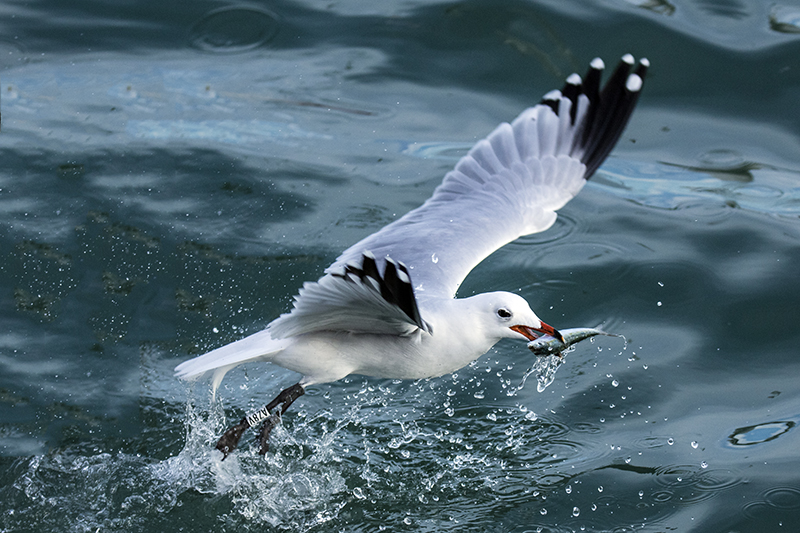 La Banya, at the Ebro Delta, is a very particular patch for waterbirds in the context of the Mediterranean region: it is plenty of resources, both food and suitable breeding habitat and it is almost totally protected against perturbations. Due to historical human occupation of coastal habitats in this region, these types of patches are nowadays extremely rare and those that have been lost cannot be restored. After its effective legal protection in the early 80’s, the patch was colonized by a large waterbird community that was structured by density-dependent and interference competition processes. For the Audouin’s gull, in only 15 years since colonization, the patch hold almost 75% of total world population, being a striking case of dramatic population growth and uneven range distribution. This process was totally unexpected by researchers and managers. Nobody either predicted a severe perturbation that occurred first in the late 90’s and is still in action. This perturbation has caused an abrupt shift in community structure, breaking interspecific synchrony and anti-synchrony. A further unexpected result was that resilience showed by Audouin’s gulls was extremely large, because returns to equilibrium were fast and short. Persistence has lasted for years in a dynamic stable state, but a sudden change occurred and since then population density has critically been slowing down to quasi-extinction. This is the last (by now) unexpected result for this population. I hope to have the chance to discuss with you this particular dynamical system under the more general conceptual framework of regime shifts, including issues such as non-linear dynamics, tipping points, thresholds and hysteresis loops at the structure level of populations, for which empirical data in complex ecosystems are hard and challenging to obtain.